Carole Ruth Pascoe, 80, of Waverly, Ohio passed away Friday, January 29, 2021 at Adena Regional Medical Center in Chillicothe, Ohio.  She was born November 25, 1940 in Springfield, Ohio to the late John Robert Kouse and Ruth Dovel Kouse.  She is survived by four children, Charlotte Healy and husband Doug of Pensacola, Florida, Cheryl Lavalley and husband Joe of Dedham, Massachusetts, Carrie Pascoe and Bryan Loughry of Dale City, Virginia and Charles John Pascoe and wife Christine of Manassas, Virginia; two grandchildren, Madeline Healy and Mason Lavalley; a niece, Lisa Kouse of Chillicothe; and a nephew, Robert Trinkle, Jr. and his wife Sharon and their children Curtis, Jeremy and Lindsay of Portage, Michigan.  In addition to her parents she was preceded in death by a sister, Nancy Lawrence; a brother, James Kouse; sister-in-law, Cathy Kouse; and her former husband, Charles T. Pascoe, Jr.

Carole had a great love of music and teaching.  She conducted and sang in church choirs from childhood.  She sang with the Grammy-winning Oratorio Society in Washington, D.C.  Carole graduated with High Honors from Otterbein College, majoring in French, Education and Music.  She lived in Ohio, Texas, Mississippi, Germany, Indiana, Illinois and Virginia.  To be near family she retired to Bristol Village in Waverly where she chaired and volunteered for many activities.

A private burial will take place at Rose Hill Cemetery in Springfield at a later date.

Arrangements are in care of Botkin Hornback Funeral Home in Waverly. 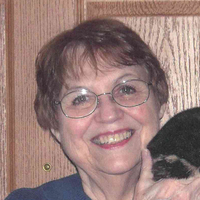