Skip to content
FacebookEmail
| logout
William “Bill” G. Kammler, age 92, US Army Veteran, Korean War, Portsmouth resident, formerly of Terre Haute, IN and Hecker, IL, peacefully passed away on Sunday, January 24, 2021 at Hillview Retirement Center. He was born in Hecker (Monroe County), Illinois to Elmer L. and Ida (Nee: Laut) Kammler, where he resided until he completed college at Southern Illinois University, with a degree in Chemistry. While attending college he met his lovely wife of 64 years, Kathryn (Nee: Dolohery) Kammler. They moved to Terre Haute, IN where they raised their family and spent the majority of their life until moving to Portsmouth, OH. He was preceded in death by by his parents, and son-in-law, Jamie Champion. He is survived by his loving wife, of 64 years, Kathryn (Nee: Dolohery) Kammler, of Hillview Retirement Center, Portsmouth, two daughters, Cynthia (Nee DeWitt) OBrien, of Atlanta, GA, and Susan (Nee DeWitt) Champion, of Kuttawa, KY, one son, Dr. Kevin (Alicia) Kammler, of Wheelersburg, one brother, Donald (Marilyn) Kammler, of Bloomington, IL, ten grandchildren, seven great grandchildren, and three great great grandchildren. Private services being held by the family. F.C. Daehler Mortuary Co. is caring for the family. The family would like to thank the staff at Hillview Retirement Center and SOMC Hospice for all their loving care for William. In lieu of flowers please make contributions in William’s name to the Alzheimer’s Association or SOMC Hospice of Portsmouth, OH. Please visit www.fcdaehlermortuary.com to share memories or leave condolences for the family. 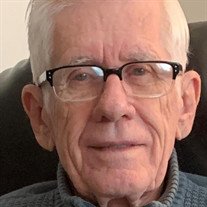