Dewey proudly served his country in the United States Army.  He was a member of the Church of Christ in Christian Union and a pastor at Solid Rock Church.

Funeral services will be 1:00 pm on Wednesday, January 27, 2021 at Botkin Hornback Funeral Home in Waverly.  Burial will follow in White Oak Cemetery.  Family will receive friends on Wednesday from 11:00 am to 1:00 pm at the funeral home. 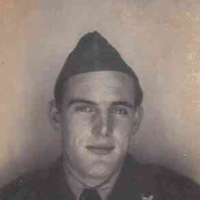