Carl Howard Weghorst, 87 of McDermott died Friday, January 22, 2021 at Hill View Retirement Center. He was born March 2, 1933 in Portsmouth to the late Carl and Hazel Malone Weghorst. Along with his parents he was preceded in death by a sister Lois Myers.

He was a United States Navy Veteran of the Korean War and a member of the James Dickey post 23 American Legion. He was retired from Martin Marietta. Carl was also a member of the Nauvoo United Methodist Church.

Funeral services will be 1:00 PM Thursday, January 28, 2021 at the Roger W. Davis Funeral Home in West Portsmouth with Pastor Pete Shaffer officiating. Interment will be in Scioto Burial Park with graveside military rites by the James Dickey Post 23 American Legion. Friends may call at the funeral home on Thursday starting at 12:00 PM Noon, Condolences may be sent to www.rogerwdavisfuneralhome.com. 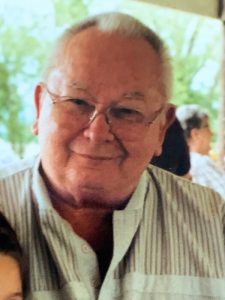