Peggy Ann White, 70, of Minford, passed away Friday, January 8, 2021 at the James Cancer Center in Columbus. She was born January 8, 1951 in Portsmouth, a daughter of the late Charles and Virginia Margaret Hale Manchester.

Peggy was a 1969 Portsmouth High School graduate and she had worked retail for the former Heck’s and Harts stores. She was of the Baptist faith and enjoyed dancing before being confined to a wheelchair. She also loved Elvis and thought it very special that she was born on his birthday.

In addition to her parents, Peggy was also preceded in death by a brother, Michael Manchester; and a brother-in-law, Michael Zaler.

Funeral services will be held at noon Saturday at the Ralph F. Scott Funeral Home in Portsmouth with interment in Scioto Burial Park.

The family will receive friends from 10 A.M. until the funeral hour. Face masks will be required and social distancing will be observed. 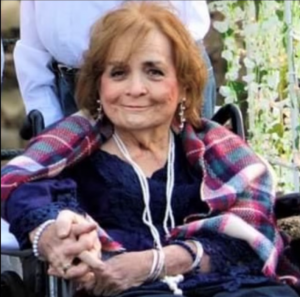