Brian Keith Shultz, 37 of Greenfield, formerly of West Portsmouth died Wednesday, January 6, 2021 at his home. He was born September 13, 1983 in Portsmouth to the late Bryan Scott Shultz and Elisabeth Glass Shultz who survives.

Along with his father, he was preceded in death by his paternal grandparents, Janet and Glenn Shultz, maternal grandfather, Rembert Glass, and a nephew, Dane Carver.

Along with his mother, Keith is survived by a daughter, Zoe Shultz of San Diego, California, a sister, Kristin (Barry) Carver of West Portsmouth, 2 special nieces: Lorelei and Vera Carver, maternal grandmother, Beth Glass of Wheelersburg, 2 aunts, and 2 uncles, along with numerous cousins.

Private services will be held at the convenience of the family at a later date. Arrangements are under the direction of the Roger W. Davis Funeral Home in West Portsmouth.  Condolences may be sent to www.rogerwdavisfuneralhome.com. 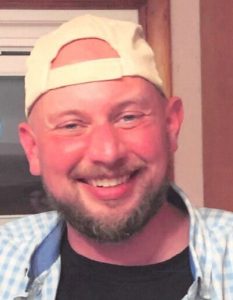