Enola M. Kingery departed this life on Thursday, January 7, 2021 at SOMC Hospice Center.  She was born May 7, 1940 in Huntington, WV.  The daughter of the late Lewis Wetzel and Marie Van Hoose Kingery.  She was a 1958 graduate of Huntington East High School, and a 1963 graduate of Huntington Vo-Tech School as a Licensed Practical Nurse.  She was a Nurse on duty during her 17 years in Piedras Negas, Mexico as well as in Eagle Pass, Texas where she served under World for Christ.  She also served under Orphans for Christ Missions both in Piedras Negras , Mexico and Eagle Pass , Texas where she served as Vice President and Secretary/Treasurer with Orphans for Christ. She was retired from Heartland of Portsmouth. Her legacy will live on through the 13 children she helped raise, and hundreds of others she had a positive influence on.
She will be remembered by many friends and loved ones for her more than 45 years in the service of our Lord.
She is survived by a dear friend Betty Roberts Jarrells of New Boston,Oh.,
a niece, Leona Renthoff (Allen) of South Carolina; a nephew, Bill Hamm of Huntington; children whom she helped raise. Miguel Reffit of Orlando, FL, Hector Reffit (Jennifer),Mark Reffit (Stephanie) both of Minford, Oh. Manuel Moreno (Peaches), Fermin Mercado (Carmen), and Leonado Mercado (Sylvia) all of Rome, GA.; Daniel Garza of Eagle Pass, TX; Teresa Roberts Alanix (Jaime) of Eagle Pass, TX, Patti Conkel (Joe) of Portsmouth , Sonia Robles (Gustavo), Yesenia Reffit, and Irene Patterson all of Jackson Oh. , Carol Marx (J.J.)of Wheelersburg, Veronica Jones (Jim) of Otway, Sandra Mcglone of Minford; Tonya Reffit McGlone of Ky. Dozens of grandchildren and great – grandchildren.
She was preceded in death by her grandparents, William (Leona) Hensley and Madeline Hensley; her birth mother, Marjorie Dunbar; life long friend and sister in Christ, Helen Ruth Reffit; one sister Betty Hamm; and other family members Norma Moreno Esquiviel, Mary Ann Urista, Gerald Reffit, Elvia Garza, Wynoka Fullerton, Robert Fullerton.

Funeral Services will be 11:00 a.m. Wednesday, January 13, 2021 at D.W. SWICK FUNERAL HOME in New Boston.  Interment will follow in Junior Furnace Cemetery in Franklin Furnace.  Friends may call at the funeral home from 10:00 a.m. until 11:00 a.m. on Wednesday. 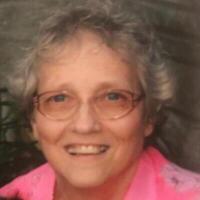