Dinah Lynn Henderson, 70 of Otway, died Sunday, January 3, 2021 at Southern Ohio Medical Center. She was born February 7, 1950 in Scioto County to the late Theodore Harry and Mabel Evelyn Hall McLucas. Along with her parents she was preceded in death by a brother Ted McLucas and a sister Judy McLucas.

Dinah was a graduate of Portsmouth West High School. She was homemaker and a member of Pleasant Valley Church. She was a devoted wife, mother, sister and daughter who loved her family. She loved old movies, animals, flowers and was an avid yard saler. She also loved to fish.

Funeral services will be 11:00 AM Saturday January 9, 2021 at the Roger W. Davis Funeral Home in West Portsmouth with Phil Fulton officiating and interment in Vaughters Cemetery. Friends may call at the funeral home from 6 to 8:00 PM on Friday and one hour prior to the funeral on Saturday. Condolences may be sent to www.rogerwdavisfuneralhome.com. 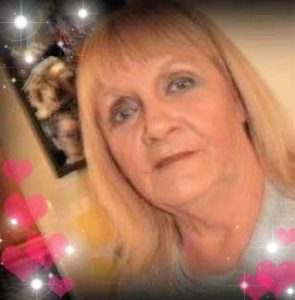