Gary Lee Martin, 69, of Lucasville, loving husband, father, and grandfather went home to be with the Lord, Wednesday, January 6, 2021 at SOMC in Portsmouth. Born November 17, 1951 in Portsmouth, a son of the late Louis and Katherine Kamer Martin, he was a Portsmouth East High School graduate, was retired from Sciotoville Elementary School, and was a US Army veteran. Gary was a member of Madison Free Will Baptist Church where he was a Deacon and was an Adult Sunday School Teacher.

Gary never met a stranger and was an inspiration to everyone that knew him. He had a quick wit and a great sense of humor. Gary was an avid gun collector, he enjoyed buying, selling, and trading guns. He loved spending time with his children and grandchildren that he loved so much.

Graveside services will be conducted at 1:00 p.m. Saturday, January 9, 2021 at Owl Creek Cemetery in Lucasville with Pastor Rodney Evans officiating. Per CDC guidelines and governor recommendations, everyone is asked to wear a mask and practice proper social distancing procedures and guidelines. In lieu of flowers donations can be made to Madison Free Will Baptist Church, 4178 Owl Creek Road, Lucasville, Ohio 45648. Military graveside rites will be conducted by James Irwin Post No. 622 American Legion and William A. Baker Post No. 363.  Arrangements are under the direction of Erwin-Dodson-Allen Funeral Home in Minford. Online condolences may be sent to www.edafh.com. 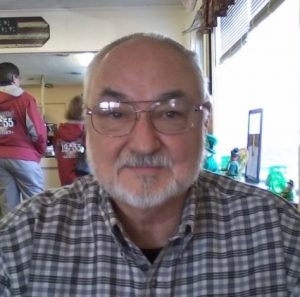