Joan Louise Conley Selby, 90, of Portsmouth, passed away Friday, January 1, 2021, at her home. She was born September 25, 1930 in Portsmouth, a daughter of the late Isaac Newton and Lulu (Boston) Conley.

Joan was preceded in death May 13, 1990, by her husband, George D. Selby. The couple married in Portsmouth in 1952. Joan was a 1948 Portsmouth High School graduate.

Surviving is her son and daughter-in-law, Stephen W. & Emily Selby and their children, Sarah Maren and Terra Elizabeth Selby, all of Dublin.

Joan was also preceded in death by her brother, Donald G. Conley.

Private services will be held under the direction of the Ralph F. Scott Funeral Home in Portsmouth with Dennis Dawes, minister, officiating. Interment will be in Greenlawn Cemetery.

In lieu of flowers, memorials may be made to the charity of your choice. 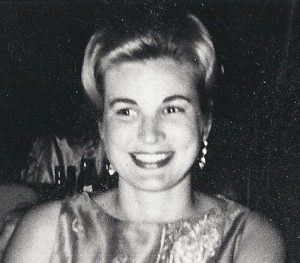