Shirley Ann (Morrow) Lewis, 82, of Portsmouth, passed away Sunday, January 3, 2021 at Hill View. She was born June 22, 1938 in Portsmouth, a daughter of the late Oliver Henry Morrow and Virgie Duncan Stidham.

Shirley retired in 2000 after 30 years with the N&S Railway Company where she worked chiefly as a clerk. She made many lifelong friends through her work with the railroad. Shirley was a member of the Rosemount Church of the Nazarene for many years and a 1956 Portsmouth High School graduate. Driven by the love for her family, she enjoyed cooking for and serving her family. She was a natural caregiver and Shirley liked spending her free time doing crossword puzzles and watching her grandchildren play sports. Sanibel Island was a very special place she and her husband enjoyed.

In addition to her parents, Shirley was also preceded in death by her brother, Oliver H. “Butch” Morrow II; and two brothers-in-law, Mike McHenry and Willard Knight.

Memorial contributions may be made to the Rosemount Church of the Nazarene, 1422 Rosemount Rd., Portsmouth, OH 45662. 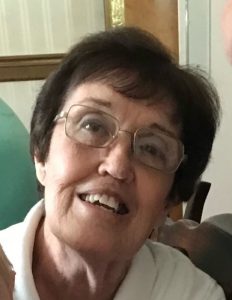