Rolene Bernice Malott, 94 of Columbus, a former Minford area resident, passed away Wednesday, December 30, 2020 at Ohio Living Westminster-Thurber in Columbus. Born March 15, 1926 in New Boston, a daughter of the late Roland and Edna Lewis King, she was a former employee of Lazarus and was a member of Harrison Mills Church of Christ in Christian Union.

Funeral services will be conducted at 3:00 p.m. Monday, January 4, 2021 at Erwin-Dodson-Allen Funeral Home in Minford with Mike Hannah officiating. Friends may call from 1:00 to 3:00 p.m. prior to the service on Monday. Per CDC guidelines and governor recommendations, everyone is asked to wear a mask and practice proper social distancing procedures and guidelines. Online condolences may be sent to www.edafh.com. 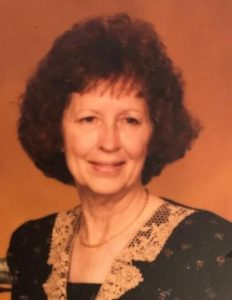