Randy Lee Gilley, 63, of New Boston, Ohio passed away at his residence on Sunday, December 27, 2020.  He was born on March 30, 1957 in Portsmouth, Ohio to the late Jimmy Lee Gilley and Arizona Riley Gilley who survives.  In addition to his mother, Randy is survived by his son; Christopher Gilley of Otway; Daughter, Sara (Grahm) Nelson of Washington Court House; three grandchildren, Tomi Darnell of Sabina, Zane Gilley and Lane Gilley of Otway and sister, Penny (Jeff) Roberts of Lucasville.

Arrangements are under the direction of the Botkin Hornback Funeral Home of Otway.  The family asks that donations be made to the funeral home to help with funeral expenses. 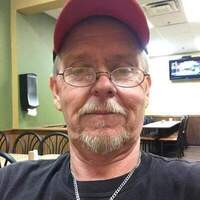