Hallie was born in Portsmouth, OH to Ken and Myrtle (Nee: Spradlin) Maynard. Hallie enjoyed playing the piano and singing. She was a phenomenal cook and enjoyed her family. She was a well known beautician owning several salons in New Boston and Sciotoville, and she also was the owner of “Little Ole Opry House”, located on Mead Road, where all of the towns met.

She was preceded in death by her parents, one daughter, Kimberly (Nee: Adams) Haynes, and five brothers and three sisters.

Visitation will be held on Thursday, 31st of December, 2020 from 11:00 AM to 1:00 PM at Church of God of Prophecy, 3779 Grace Street, New Boston, OH 45662, with Funeral Service immediately following at 1:00 PM with Brother Mike Dempsey officiating. Burial immediately following funeral services in Friendship Cemetery,
F.C. Daehler is caring for the family. 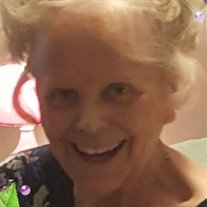