Emma Jean Dudding, 88, of Portsmouth, passed away on Monday, December 28, 2020 at Portsmouth Heath and Rehab.  She was born on April 22, 1932 in McDermott, Ohio to the late Richard Euton and Arrilla Jane Coleman Euton.  On June 27, 1962 she was united in marriage to O.A. Dudding who preceded her in death.  Surviving are two brothers, Lewis Ray (Betty) Euton of McDermott and Thomas Roger (Jan) Euton of Sun City, Florida; and sister, Nora Rose Euton of Silver Springs.

Funeral Services will be held at 12:00 P.M. Saturday, January 2, 2021 at Botkin Hornback Funeral Home in Otway with Pastor Mike Dempsey officiating.  Burial will follow in Garvin Cemetery.  The family will receive friends at the funeral home from 11:30 A.M. until the time of the service. 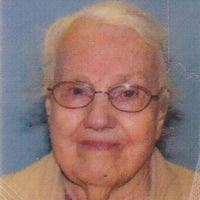