Brandy Nicole Carver, 36 of Lucasville, died Thursday December 31, 2020 at Ohio State University Hospital. She was born December 9, 1984 in Portsmouth to Virgil Selvage and the late Sheila Carver Conley. Along with her mother she is preceded in death by a sister Penny Ray Conley.

Funeral services will be 2:00 PM Sunday January 3, 2021 at Big Run United Baptist Church with Marvin Carver and Amos Moore officiating. Interment will be in Big Run Cemetery. Friends may call at the church on Sunday starting at 11:00 AM. Arrangements are under the direction of the Roger W. Davis Funeral Home in West Portsmouth. Condolences may be sent to www.rogerwdavisfuneralhome.com. 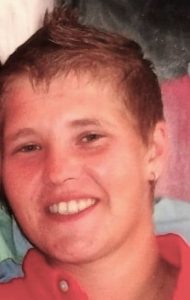