Aileen Clara Burton, 92, of West Portsmouth, went to be with her Lord and Savior on Sunday, December 27, 2020 at her home. She was born July 18, 1928 in West Portsmouth, a daughter of the late Curtis Albert and Anna Mae Newman Swords.

Aileen was a homemaker and she had worked at the former Mack’s Department Store. She attended and was pianist at the former Church of Jesus Christ on Carey’s Run.

Private services will be held under the direction of the Ralph F. Scott Funeral Home in Portsmouth. 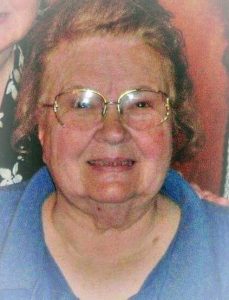