Ruby Mae Campbell, 87, of West Portsmouth, went to be with the Lord on Friday, October 30, 2020 at River Run in Portsmouth.  She was born August 10, 1933 in Wayne, WVA to the late Carl and Gertrude (Perdue) Cunningham.  Ruby was a graduate of Portsmouth West High School and was a member of Portsmouth Apostolic Church.

Funeral services will be held 1:00 p.m. Sunday, November 1, 2020 at Portsmouth Apostolic Church with Pastor Randy Schintzious officiating with interment to follow at Scioto Burial Park.  Friends may call one hour prior to the services on Sunday at the church.  Arraignments are under the direction of the D.W. SWICK FUNERAL HOME in New Boston.  Online condolences may be left atwww.DWSwickFuneralHome.com 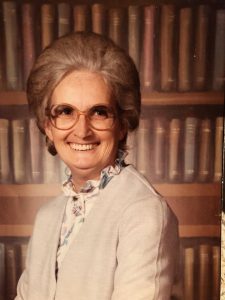