Ruth Ellen Hoffer Little, age 87, of Goshen passed away on Monday, October 12, 2020 at Bethesda North Hospital in Cincinnati after a long illness.  She was born on August 7, 1933 in Blue Creek to the late Herman Tracy and Flossie (Chamblin) Tracy.  On June 14, 1949 she married Harold Hoffer who preceded her death.  In 2002 she married Gary Little who survives.  In addition to her husband Ruth is survived by one son; Harold (Denise) Hoffer; two daughters Carol (Gary) Justice of Olive Hill, Kentucky and Portia (Dannie) Harris of Lucasville; one sister, Clarice Tracy of Cincinnati; 5 grandchildren; 8 great grandchildren and 1 great-great grandchild.  In addition to her parents and first husband, Ruth was preceded in death by one grandson; Chad Harris; two brothers, William Tracy and Virgil Tracy and two sisters; Virginia Smith and Wyvonne Freeman.

Ruth was a former employee of the Williams Shoe Manufacturing company and attend Brush Creek Church as her health allowed.

Funeral service will be held 1:00 p.m., Monday, October 19, 2020 at Botkin Hornback Funeral Home in Otway with Pastor Danny Hoffer officiating.  Burial will follow in Scioto Burial Park in McDermott.  The family will receive friends from 11:00 a.m. until the time of the service at the funeral home. 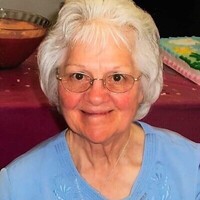