Kristi was an active member of Calvary Baptist Church in Piketon, Ohio, where she was a member of the praise team.  She was blessed with a wonderful voice that she used to sing praises to the Lord.  She was proud of her family and it started with her incredible parents who raised her in a Christian home, something she was proud that her and Mark could also do for their three girls.  She was so thankful to spend precious time with her grandchildren, Turner and Case, who she loved beyond measure.  She loved her brothers and their spouses.  She was very appreciative for the extra care given by Teresa Kelly in her last month and so thankful for the bond with her Aunt Jeanie.  She loved all her aunts and uncles as well as her cousins, and had a unique way of building relationships with them. 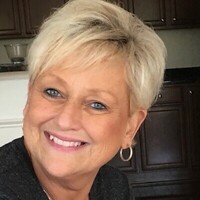