Gary Dean Truman, Sr., 66, of Wheelersburg, passed away Friday, October 16, 2020 at Southern Ohio Medical Center. He was born September 27, 1954 in Portsmouth, a son of the late Ethel Loop and James David Truman, Jr.

Gary retired from the maintenance department after 37 years at the former USEC.  A member of the Oil, Chemical and Atomic Workers International Union, Gary was also a member of the New Boston Eagles and a 1973 Portsmouth High School graduate. Most of all, he was enjoying retirement by spending precious time with his grandkids.

In addition to his parents, he was also preceded in death by three brothers, Curtis L. Truman, Sr., Ronald and Robert Truman.

Funeral services will be held at 1 P.M. Tuesday at the Ralph F. Scott Funeral Home in Portsmouth with Pastor Brad Angus officiating. The family will receive friends at the funeral home from 11 A.M. until the service hour. Due to local health regulations, masks are required. 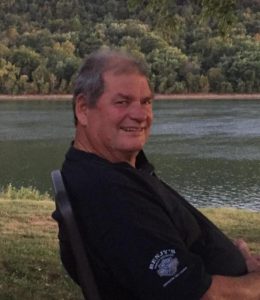