Alva E. “Sonny” Diles, 82, of Chillicothe, a former Wheelersburg resident, passed away Thursday, October 15, 2020 at the Adena Regional Medical Center in Chillicothe. He was born December 22, 1937 in Portsmouth, a son of the late Curtis and Lena Belford Diles, Sr.

Sonny was a retired steel worker from the former Empire Detroit Steel Corporation and New Boston Coke Plant. He was a Kentucky Colonel and a member of the Western Sun Masonic Lodge F&AM. An avid outdoorsman, Sonny enjoyed fishing and hunting. He was a big fan of the OSU Buckeyes and Cincinnati Reds and he enjoyed woodworking for many years. Sonny was a 1956 graduate of Portsmouth High School.

A Celebration of Sonny’s Life will be held at 1 P.M. Monday at the Ralph F. Scott Funeral Home in Portsmouth with Dennis Dawes, Minister, officiating. Interment will be in Memorial Burial Park.

In lieu of flowers, memorial contributions may be made to Adena Palliative Care, 272 Hospital Rd. Chillicothe, OH 45601. 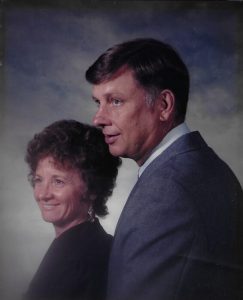