Teresa was a loving wife, mother, grandmother, great-grandmother and sister.  She was a blessing to all those in her life.  She had a huge heart and loved her family dearly.

Funeral services will be held at 11:00 a.m., Monday, October 12, 2020 at Botkin Hornback Funeral Home in Waverly with Scott Judge, Minister.  Burial will follow in Smith Hill Cemetery.  The family will receive friends on Sunday, October 11, 2020 from 5:00 – 7:00 p.m. and for one hour prior to the service on Monday at the funeral home. 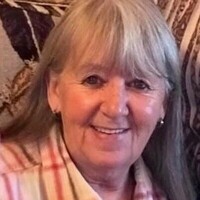