Perry Stevens, 60, of New Boston went to be with the Lord, Tuesday, October 6, 2020 in Columbus, Ohio at the Ohio State University Hospital.  He was born October 14, 1959 to the late Stanley and Dorothy Stevens.  He enjoyed drawing and even tattooing.  He loved being outdoors and spending time with friends and family.  Perry was best known for his outgoing personality, and would give the shirt off his back to anyone who needed it.  Perry had a good heart and was always willing to help someone in need.

Private services will be held at the convenience of the family under the direction of the D.W. SWICK FUNERAL HOME in New Boston.  Online condolences may be left at www.DWSwickFuneralHome.com. 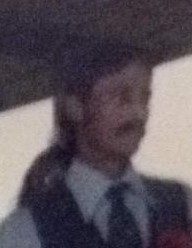