Jack J. Jordan, 79 of Stout, passed away Saturday October 10,2020 at Rosemount Pavillion. He was born October 11, 1940 in Carter City, Kentucky to the late Delbert and Bessie Jordan. Along with his parents Jack was preceded in death by his wife Raymol Stegall Jordan, who he married on August 26, 1960, 3 sisters; Joann Scott, Eileen Scott and Dorothy Burns, a brother Eugene Jordan and 2 granddaughters; Lueann Jordan and Ashley Jordan.

He was retired from Southern Ohio Correctional Facility and was a lifelong farmer.

Funeral services will be 1:00 PM Wednesday October 14 , 2020 at the Roger W. Davis Funeral Home in West Portsmouth with Lorenzo Bentley officiating and interment in Vaughters Cemetery. Friends may call at the funeral home from 6 to 8:00 PM on Tuesday and one hour prior to the service on Wednesday. Condolences may be sent to www.rogerwdavisfuneralhome.com 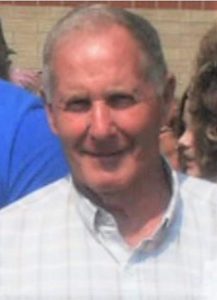