Edith J Radcliff, 85, of Piketon, Ohio passed away October 8, 2020 at Tradion’s at Bristol Village in Waverly.  She was born September 14, 1935 in Rainsboro, Ohio to the late George and Marie Jones Shanks.  On July 9, 1955 she united in marriage to Orville Radcliff who preceded her in death on October 13, 2003.  Surviving are a son, Ricky Radcliff and wife Rebecca of Waverly; a brother, Walter Shanks and wife Virginia of Adams County; a sister, Betty Russell of Piketon; grandchildren, Melissa (Tracy) Bowman, Wendy (Jerome) Snyder, Elizabeth Snyder, and Christina (Chris Stevens) Taylor; nine great-grandchildren; and numerous nieces and nephews.  In addition to her parents and husband she was preceded in death by a son, Ronnie Radcliff; two brothers, Charles Shanks and Robert Shanks; and three sisters, Imogene Deacon, Elsie Shanks and Ruby Shanks.

Funeral services will be held at 1:00 p.m. Tuesday, October 13, 2020 at Botkin Hornback Funeral Home in Waverly with Dean Lansing officiating.  Burial will follow in White Oak Cemetery.  The family will receive friends from 11:00 a.m. until the time of the service at the funeral home. 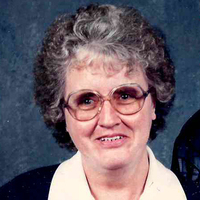