During the early morning hours of Sunday, October 4, 2020, Samuel Carey Scott Jr. passed away at the age of 67.  Sam was born on March 8, 1953 to Samuel Carey Scott Sr. and Bertha (Wooldridge) Scott, both deceased.  The Scott family had made their home in Jasper for three generations, and Sam lived there until his final trip to the hospital.  How he loved the outdoors and the Jasper hills and creeks.  His favorite place was “The Jasper Knob” where he spent so much time during his childhood and adult years.  His ashes will later be scattered on that special hill that he so loved.

Sam is survived by his loving wife of 41 years, Karen (Lacy) Scott.  Together they raised Eric William Scott and Kristen Lacy-Pendleton (Derek Pendleton).  Sam adored his grandchildren; Brandon West, Justen West, Danelle Jenkins (Matthew Conley), Erykah Scott Chitwood (Cameron Chitwood) and Cloey Scott.  He is also survived by three loving great granddaughters, Riley, Aubrey and Isabelle.  Sam also leaves behind his only sibling, Lucille Irene Scott Hamilton of Piketon, his niece who adored him as her first babysitter and being his “first girl”, who he lovingly referred to as “Petunia” Collena Rana Taylor (Michael Taylor), and special nephew, Scott Daniel Hamilton (Cheri Watters Hamilton) of Oxford, Alabama.  Sam also leaves behind in-laws; Chuck and Pam Mays, Jeff and Regina Woodruff, Pat and Mary Rose, Mike and Michelle Mays, John and Silva Mays, and Bill and Megan Mays.  Finally, he is survived by a life-long friend, Eddie Vandergriff.  In addition to his parents, Sam was preceded in death by his brother-in-law and sister-in-law, David and Linda Mays.

Sam was a quiet man who loved the simple things in life.  Watching the squirrels while he set out on his porch drinking coffee, watching the stars and feeding the birds brought him more happiness than any monetary object.  Jasper will never be the same without “The Last Cowboy” and “Marlboro Man” as he was known.

Due to Covid-19, there will be no arrangements at this time.  A Celebration of Life will be held for immediate family and friends at a later date. 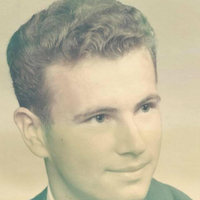