Daniel Patrick “Pat” Storey, 76, of Portsmouth, passed away Friday, October 2, 2020 at the SOMC Hospice Center. He was born May 30, 1944 in Portsmouth, a son of the late Willard C. and Roberta Sagar Storey.

Pat worked at the former Fuller’s Electronics, Oberling Motor Company and Reitz Music. He graduated from Portsmouth High School and was of the Nazarene faith. Pat enjoyed playing the guitar and singing alongside his late brother-in-law, Steve Bowles. He often said that his hometown of Portsmouth was his little piece of paradise, and he didn’t need to go anywhere-because he had it all right here.

In addition to his parents, he was also preceded in death by three brothers, James, Robert and Willard “Will” Storey; and one sister, Rebecca Storey Paul.

At his request, there are to be no services. However, memorial contributions in Pat’s name may be made to the Portsmouth Public Library, SOMC Hospice or the American Cancer Society. 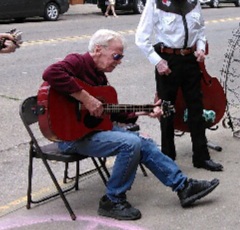