Anita Maynard, 71, of Waverly, Ohio passed away early Tuesday morning, September 22, 2020 at her home.  She was born April 7, 1949 in Garrison, Kentucky to the late Earnest Ruggles and Gladys Blanton Ruggles of Columbus.  In 2006 she was united in marriage to Hatler Maynard who survives.  Also surviving are a son, Harry “Eddie” (Stephanie) Paul of Otway, Ohio; a daughter, Alice (Chris) Taylor of Lucasville, Ohio; two sisters, Terri Dianne (Ken) Grace of Columbus and Rita (Mike) Maynard of Portsmouth; grandchildren, Cameron (Kylea) Taylor, Alyssa Taylor and Sydney Paul; five step-daughters, Donna (Byron) Ward of Waverly, Rhonda (Dale) O’Brien of Waverly, Ola (Wayne) Burkitt of Piketon, Lisa (Bill) Smith of Piketon and Tammy (Brad) Montgomery of Waverly; and many other grandchildren and great-grandchildren. In addition to her father she was preceded in death by three brothers, Michael Ruggles, Earnie Ruggles, Jr., and Gary Ruggles; and a step-daughter, Linda Brewster Mays.

Anita worked as an aide and care-giver for Good Shepherd Manor.

The family would like to extend a special thank you to Dr. Inoshita and staff, and to Adena Hospice and nurse Whitney Jordan for their love and care of Anita.

Funeral services will be held at 1:00 p.m. Friday, September 25, 2020 at Botkin Hornback Funeral Home in Waverly with Chaplain Kevin Greene officiating.  Burial will follow at Scioto Burial Park in McDermott, Ohio.  The family will receive friends from 11:00 a.m. until the time of the service at the funeral home. 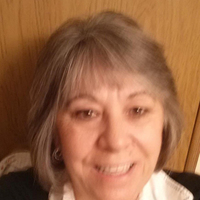