Preston retired from the former Norfolk & Western Railway Co. where he was a brake inspector and he served in the Army as a paratrooper. A standout football player, he graduated in 1953 from Portsmouth High School. Preston attended Pleasant Green Baptist Church, where he was a member of the board

A Memorial Service will be held September 26, 2020 from 3 to 5 PM. The family regrets that due to COVID-19, masks are required and you must request an invitation to attend to see if capacity has been reached by texting (937) 701-7787. Please leave your contact information. Arrangements are under the direction of the Ralph F. Scott Funeral Home in Portsmouth.

Special thanks go to Carolyn, Amber, Betty, Thelma and the staff of the SOMC Hospice Center for the compassionate care Preston received. 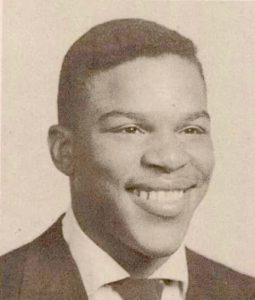