68, passed away Wednesday, September 16, 2020 at the SOMC Emergency Room.  He was born April 10, 1952 to the late Carl “Mike” Fitch and Rosetta Young Fitch Lambert.  He was a 1970 graduate of Glenwood High School and was a member of the New Boston Eagles #2271.  Phil enjoyed fishing and hunting.

Funeral services will be 2:00 p.m. Monday, September 21, 2020 at D.W. SWICK – NELSON FUNERAL HOME in New Boston with Garrett Fitch officiating.  Interment will follow at Siloam Cemetery in South Shore, Ky.  Friends may call one hour prior to the services on Monday at the funeral home.  Online condolences may be left at www.DWSwickNelsonFuneralHome@frontier.com. 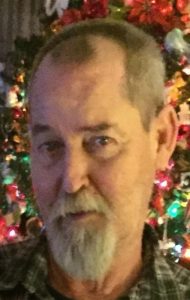