Bernard Gene Rowe, 87, of Wheelersburg, passed away Sunday, September 20, 2020 at his home.  He was born January 29, 1933 to the late Robert and Lula (Smith) Rowe.  Bernard served his country in the United States Navy during the Korean Conflict.  He was of the Baptist Faith planting multiple churches and in his spare time enjoyed fishing, hunting, woodworking and antiques.

Bernard is survived by his wife of 71 years, Betty (Cook) Rowe; two sons, Wesley Rowe and wife Ann of Cedarville and Danny Rowe and wife Rita of Ironton; two daughters, Tonya Carver and husband James of Wheelersburg and Rhonda Tomlinson and husband Jerry of Danville, KY; two brothers, Rocky Rowe of Florida and Allie Smith of Columbus; eleven grandchildren and seventeen great-grandchildren.  He was also preceded in death by three brothers, Harold and Donald Smith, and Rodney Rowe.  A special thank you to Heartland Hospice for their services.

Funeral services will be held at 12:00 noon on Thursday September 24, 2020 at D.W. SWICK – NELSON FUNERAL HOME in Wheelersburg with Interment at South Webster Cemetery with military graveside honors provided by the James Dickey Post #23 of the American Legion.  Friends may call one hour prior to the services at the funeral home.  Online condolences may be left at DWSwickNelsonFuneralHome.com. 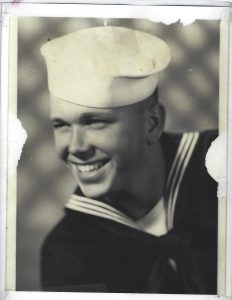