David Marion Prosch, 90, of Portsmouth,  died peacefully in his sleep at Hillview Retirement Center on September 5, 2020. He was born on July 18, 1930 in Portsmouth to Marion William and Ida Alice (Faivre) Prosch. He graduated Portsmouth High School in the class of 1948.

He married Unadel Faye Skeens on June 18, 1951 and they made their home together on Scioto Trail in Portsmouth until her passing in 1997. They raised four children: Pam, Perry, Jim and Drew.

Dave served in the U.S. Air Force during the Korean War stationed at Fort Myer Air Force Base, while working at the Pentagon in Washington, D. C. and spent a year stationed in Greenland surveying for the construction of air bases for the Strategic Air Command.

When he returned from the service, he was employed by the Ohio Department of Highways as a surveyor and then for the Scioto County Engineer’s Department serving as the Chief Deputy, where he retired in 1987.

He was a lifelong member of the First United Methodist Church (now Cornerstone) in Portsmouth where he volunteered in the Kindergarten Sunday School Department and he worked each year at the First United Methodist Church’s fair booth at the Scioto County Fair. Dave and Unadel were also members of the Mixed M’s Sunday School class where they developed life-long friendships.

Dave served on the Scioto County Board of Mental Retardation and Developmental Disabilities from 1982 to 1987.

Dave is survived by his daughter Pam Clawson of Worthington, OH, and sons Perry (Kari) Prosch of Wheelersburg, OH and Jim (Brigitte) Prosch of Gahanna, OH. Dave is also survived by his grandsons, Nathan (Sarah) Prosch and Tyler Prosch and four great-grandchildren, Lydia, Drew, Anna and Paul.  Dave was preceded in death by his parents; his wife Unadel; his son, Drew and his brother, Donald James Prosch, who passed away only a week ago.  Funeral services will be held 1 PM Wednesday, September 9, 2020, at the F.C. Daehler Mortuary, with Perry Prosch officiating, with interment at Sunset Memorial Gardens, with military graveside rites by the James Dickey Post 23 American Legion.  Friends may call Wednesday from 11 AM until the time of the service at the Funeral Home.  Please visit our Facebook page or our website, www.fcdaehlermortuary.com to leave condolences. 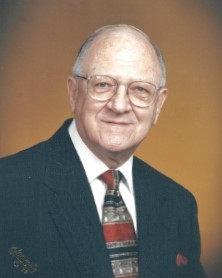