Sheryl Lynn Moore, 57, of Otway passed away on Sunday, August 30, 2020 at Southern Ohio Medical Center.  She was born on October 31, 1962 in Columbus, Ohio to the late Theodore Purtee and Colleen Moore Purtee.  On April 20, 1980 she was united in marriage to Mark Moore who survives.  In addition to her husband, Sheryl is survived by one son; Mark Anthony Moore, II of Otway and four brothers; James Howard Jenkins of Rarden, Charles Joseph Jenkins of Pike County, Ohio, Theodore Purtee, II of Rarden and Stanley Purtee of Rarden.  In addition to her parents, Sheryl was preceded in death by one daughter, Shawancy Leann Moore and her grandmother Dora Purtee.

Arrangements are under the direction of Botkin Hornback Funeral Home in Otway. 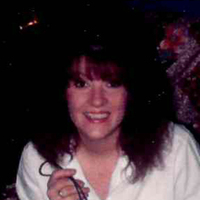