Ricky Lee Puckett, 59, of Lucasville, passed away on Friday, August 28, 2020 at Southern Ohio Medical Center Hospice.  He was born on December 21, 1960 in Portsmouth to the late Elbert Wesley Evans and Eleanor Irene Puckett.                On April 29, 1995 he wed Nancy Spencer Puckett who survives.  In addition to his wife Ricky is survived by one son; Jason Spencer of Lucasville; two grandsons, Gavin Spencer and Gaige Spencer both of Lucasville; one sister, Tammy (Jim) Wolfe of West Portsmouth; two step-sisters, Alberta Speck of West Portsmouth and Sherry Adkins of Otway and several nieces and nephews.  In addition to his parents, Ricky was preceded in death by one son; Anthony Shawn Spencer.

Ricky retired from Dale Lute Logging.  He loved old cars and liked trading with his friends.

Funeral services will be held at 12:00 P.M., Wednesday, September 2, 2020 at Botkin Hornback Funeral Home in Otway with Pastor Bob Davis officiating.  Burial will follow in Puckett Cemetery.  The family will receive friends at the funeral home from 5:00 P.M.-8:00 P.M. on Tuesday, September 1, 2020 and one hour prior to the service on Wednesday. 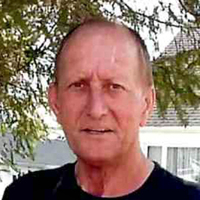