Patty Jean Schuyler, 71, of Portsmouth, passed away Thursday, August 27, 2020, at her home. She was born in Portsmouth April 27, 1949, a daughter of the late Phyllis Geraldine (Clifford) and Willard Aldridge.

Patty retired as a housekeeper from the Holiday Inn.

Patty was also preceded in death by a brother, Charles Aldridge.

A Graveside Service will be held at 11 A.M. Thursday at Sunset Memorial Gardens with Dennis Dawes, minister, officiating. The family request that all who attend wear masks. Arrangements are under the direction of the Ralph F. Scott Funeral Home in Portsmouth. 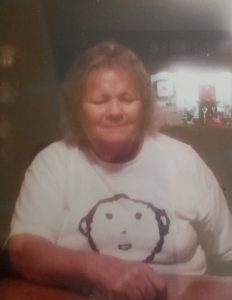