Dorothy Elizabeth Day, 93 of West Portsmouth died Sunday, August 30, 2020 at Southern Ohio Medical Center.  She was born November 26, 1926 in Portsmouth to the late Lawrence and Nina Schaffer Swords.  Along with her parents, she was preceded in death by her husband, Harold Day, a son, Harry Stidham, a step-daughter, Rhonda King, and a brother, Raymond Swords.  She retired as a cook at Portsmouth West Schools and was the former owner and operator of Day’s Grocery in West Portsmouth.

Funeral services will be 3:00 PM Thursday, September 3, 2020 at the Roger W. Davis Funeral Home in West Portsmouth with Jason Blevins officiating and interment in Scioto Burial Park.  Friends may call at the funeral home on Thursday starting at 1:00 PM.  Condolences may be sent to www.rogerwdavisfuneralhome.com. 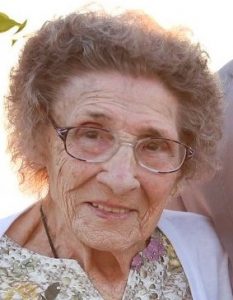