James Ray Nance. Age 83 of Wheelersburg, went to be with the Lord Monday August 17, 2020 at SOMC.  He was born October 3, 1936 in Deering, OH to Cecil and Lillian (Winters) Nance.  Jim was a 1954 graduate of Coal Grove High School and served in the U.S. Army Reserve for eight years.  He moved to Wheelersburg in in 1962 where he owned and operated Jim’s Dairy Land and Jim’s Pit Stop for many years.  He was a member of Union Freewill Baptist Church.  Jim had a passion for gardening and spent most of his free time tending to his flowers, vegetables, blackberries, and grapes.  He never met a stranger and will always be remembered by his infectious smile and quick wit.  He enjoyed watching the Cincinnati Reds and Ohio State Buckeyes.  Above all, his ultimate pride and joy were his two grandsons, Bradley and Jayden. He is survived by his wife Carolyn Sue (Holloway) Nance; daughter, Tammy (Randy) Oppy of Harrisburg, NC; two grandsons, Bradley and Jayden Oppy of Harrisburg, NC; two brothers, Raymond Nance and Kermit (Patricia) Nance of Deering; one sister, Carol Holbrook of Coal Grove; nieces and nephews, Aimee Adkins, Alisa Weigandt, Nellie Holbrook Adkins, and Donald Holbrook; several great nieces and nephews.  In addition to his parents he was preceded in death by a brother-in-law Donald Holbrook Jr., sister-in-law Dorothy Nance, niece Tina Stahl, and a nephew, Nathan Holbrook.  Funeral services will be held at 11:00 a.m., Friday, August 21, 2020 at D.W. SWICK-NELSON FUNERAL HOME in Wheelersburg with Pastor Zack Conkel officiating.  Interment will follow in Memorial Burial Park with the James Dickey American Legion Post 23 providing honors.  Friends may call Thursday from 5-7 p.m. and one hour prior to the service on Friday.  Fond memories and condolences may be sent to DWSwickNelsonFuneralHome.com. 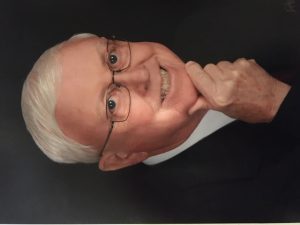