Steven Foster Johnson, 76, of Waverly, Ohio passed away on Saturday, August 15, 2020 at his home.  He was born on June 15, 1944 in Portsmouth, Ohio son of the late Carl Henry and Emaline Foster Johnson.  On January 27, 1967 he was united in marriage to Marilyn Hunter Johnson who survives.  Also surviving are a daughter, Jennifer Conley of Waverly; a son, Brian Johnson of Waverly and a granddaughter, Cassidy Rhyndress of Waverly.

Steven retired from General Motors after 33 years working as an Inspector.  He was also a member of Adena Road Church of Christ in Chillicothe, Ohio and proudly served his country in the U.S. Navy.

The family wishes to give a special thank you to National Church Residence Hospice for providing care to Steven.

Arrangements are under the care of Botkin Hornback Funeral Home in Waverly. 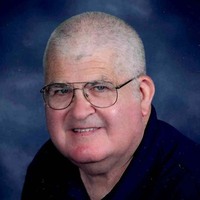