Steven Allen Arthur, II Age 29, of Stout, passed away Tuesday, August 11, 2020 in Portsmouth. He was born in Portsmouth, February 18, 1991, to Steven Alan Arthur and Ellen Williams. Steven loved his children.  He also loved Ohio State Buckeyes Football and music.  Steven had a big heart and was willing to help anyone.  He had a personality that made him loved by everyone who knew him.

Private services will be held at the convenience of the family.  Arrangements are under the direction of the D.W. Swick – Nelson Funeral Home in New Boston.  Fond memories of Steven and expressions of condolence may be left at www.DWSwickNelsonFuneralHome.com. 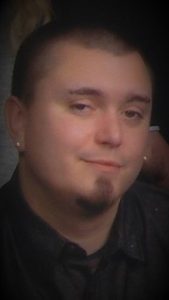