Fannie Josephine Ferguson, 97, of Chillicothe, a former Portsmouth resident, passed away Monday, August 10, 2020 at Heartland of Chillicothe. She was born June 18, 1923 in Portsmouth, a daughter of the late Joseph and Macona Hambrick Harris. Josephine was a member of Quinn Chapel AME Church, a 1941 graduate of PHS and had retired from Portsmouth Metropolitan Housing Authority with 12 years of service.

Graveside services will be held at 11 A.M. Monday at Greenlawn Cemetery in Portsmouth with Rev. Victor L. Davis officiating. Arrangements are under the direction of the Ralph F. Scott Funeral Home in Portsmouth.

All who attend are encouraged to wear a mask for protection. 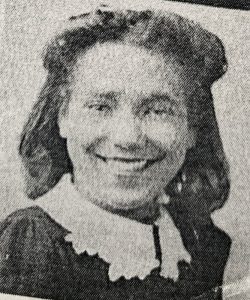