Robert Lee Moore, 79, of Portsmouth, passed away Thursday, August 6, 2020 at Southern Ohio Medical Center. He was born February 6, 1941 in Sciotoville, a son of the late Dorothy Lee (Reeder) and Charles Edward Moore, Sr.

Bob was the owner of the former area Frisch’s Big Boy restaurants and a 1960 Portsmouth High School graduate. He served in the Army of Ohio National Guard and attended Portsmouth Baptist Church.

Bob loved his family and always took care of them first, even before himself. He is survived by his sons, Bryan Lee (Tammy) Moore of Lucasville and William Robert “Rob” (Annette) Moore of Rosemount; a sister, Donna Rolen of New Boston; one grandson, Michael Fitch; and a brother-in-law, Paul Ryan of Dublin.

He was also preceded in death by siblings, Charles E. Moore. Jr. and Joann Ryan.

Funeral services will be held at noon Monday, August 10, 2020 at the Ralph F. Scott Funeral Home in Portsmouth with Pastor Mike Phillips officiating and interment in Memorial Burial Park. 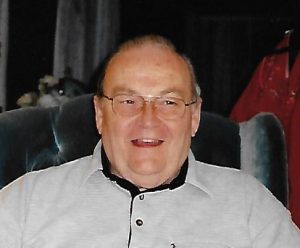