Nola Pearl Moore, 85, of Lucasville passed away Saturday, August 8, 2020 at Bristol Village in Waverly. She was born December 27, 1934 in Scioto County, Ohio, a daughter of the late Henry I. and Minnie P. DeBord Alley. She was a graduate of Stockdale High School in the class of 1952 and was an active Alumni. She was united in marriage in 1953 to Jesse James Moore who died January 5, 1973. She worked at Williams Shoe Factory in Portsmouth, later to be employed at Pike County Welfare Department as a Social Worker in the children & elderly division. After retiring she became an avid vintage collector. She enjoyed gardening and was enthusiastic in growing flowers. She loved her family and had a circle of good friends.

Funeral services will be conducted at 11:00 a.m. Thursday, August 13, 2020 at Erwin-Dodson-Allen Funeral Home in Minford with Paul Girdley officiating. Burial will be at Jacobs Cemetery in Lucasville. Friends may call at the funeral home one hour prior to the service. Per CDC guidelines and governor recommendations, everyone is asked to wear a mask while indoors and practice proper social distancing procedures and guidelines. Online condolences may be sent to www.edafh.com. 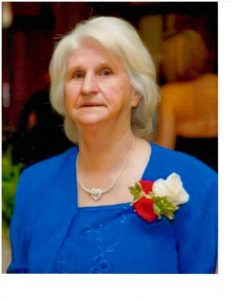