Dr. Michael Kelly went to be with Jesus on August 7, 2020, surrounded by his family at Hill View Retirement Center. He was born November 14, 1945 in Casablanca, Morocco and is survived by his wife of 29 years, Judy, and his family: Erin and Rich Gill, Eric and Kimberly Kelly, Chris and Teresa Brown, Amanda and John Howard, 12 grandchildren, 3 great grandchildren, his sister, Carol and MJ Kennedy. Mike was preceded in death by his father and mother, Richard and Jeannie Kelly of Portsmouth, Ohio.

Mike grew up in Rosemount, graduating from Clay High School. He attended The Ohio State University, earning a degree in dental medicine. Music and playing saxophone were important in his life as he played in the Phi Mu Alpha Zazz Band at Ohio State University. He later played with the Aladdin Shrine Jazz Big Band and with various jazz bands, in concerts in the park and in area churches.

Mike began his military career as an undergrad at OSU when he joined the ROTC in 1963. He remained active in ROTC throughout college, continuing his commitment through dental school. Following graduation, he served two years of active duty at Ft. Carson, Colorado, where there was a need for dentists to treat soldiers who were returning from Vietnam as well as state-side soldiers. He served in Ft. Carson as a captain from 1970 to 1972. Mike was very proud of the time he served in the U.S. Army. He continued his dentistry practice in Wheelersburg, serving the community for 40 years. Mike was a longtime member of First Church of God in New Boston.

A celebration of Mike’s life will be held at Harrison-Pyles Funeral Home with visitation on Sunday, 4:00-6:00 pm and also on Monday from 10:00-11:00 am. The funeral will follow at 11:00 am with Acy Gibson officiating. Burial will follow in Memorial Burial Park where military graveside rites will be performed.

In lieu of flowers, please make donations to the Alzheimer’s Association or to Hill View Retirement Center. Masks are required at the funeral and visitation. 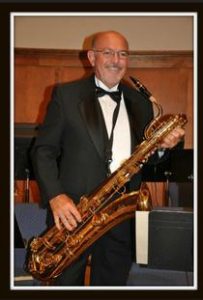