Allen Ray Ferguson, 70 of West Portsmouth, Ohio died Thursday June 4, 2020 at his home. He was born October 13, 1949 in Portsmouth to the late Donald and Ruth Jarrells Ferguson. Along with his parents he is preceded in death by a granddaughter Jeana Denise Yates and a brother Gary Ferguson.

Allen retired in 2019 as a process operator at Fluor B&W and was a United States Army Veteran of the Vietnam War, and also attended the Stoney Run Freewill Baptist Church.

Funeral services will be 1:00PM, Wednesday June 10, 2020 at the Roger W. Davis Funeral Home in West Portsmouth with Craddock Frye and Roger Clark officiating and interment in McKendree Cemetery. Friends may call at the funeral home on Wednesday starting at 11:00AM. Military graveside rites will be performed by the James Dickey Post 23 American Legion. The family has asked for all of those planning to attend the services to please wear masks.

In lieu of flowers, Allen’s wishes were to have donations made to the Stoney Run Freewill Baptist Food Pantry at 1065 Stoney Run Road, West Portsmouth, Ohio 45663. Condolences may be sent to www.rogerwdavisfuneralhome.com.

To send flowers to the family or plant a tree in memory of Allen Ray Ferguson, please visit our floral store. 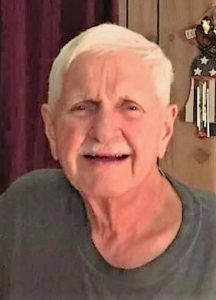