George Warner, 67, of Portsmouth, passed away Thursday, June 4, 2020, in the home in which he was reared. He was born September 24, 1952 in Portsmouth, a son of the late Oval Ellis and Millie Anastasia Gursky Warner.

A 1970 graduate of Portsmouth High School, he was a former car man for CSX and an Army Vietnam era veteran. He served with the 320th Artillery division and was an Airborne Paratrooper. For his service, he was awarded the National Defense Service Medal and the Parachute Badge.

George had battled illness for many years, but prior to ill health, he enjoyed socializing with his many friends and discussing and driving nice cars. He loved his family, and they all will dearly miss him.

The family will receive friends at the funeral home Tuesday from 11 A.M until the funeral hour. Those who are unable to attend are encouraged to send “Hugs from Home” by leaving a message of condolence on the funeral home website at RalphFScott.com. These messages will be displayed for the family during the calling hours.

The U.S. Army flag will fly at the funeral home in honor of Mr. Warner’s service to our country. 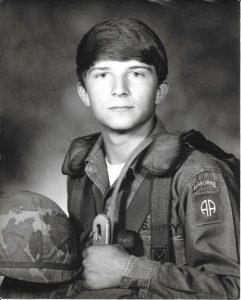