Martin Leon Snively, 82, of Loys Run Road, Piketon, Ohio took up residence in the presence of the Lord on Friday, May 15, 2020.

Martin was born on May 14, 1938 in Pike County, Ohio the son of the late Clarence Edmond Snively and Flora Mae (Brown) Snively. Martin is survived by his wife Carol (McDowell), his daughters Connie (Terry) Tackett of Piketon, Ohio, Christine (Bud) Brabson of Piketon, Ohio and his son Mark (Jessica) Snively of South Vienna, Ohio.

Martin is also survived by two brothers, Thomas Snively and Gene Snively and one sister, Bernice Skinner all of Piketon, Ohio, and a host of nieces and nephews.

He was preceded in death by his parents, four brothers, Kenneth, Larry, Otto and Dennis Snively and four sisters, Georgia Havens, Elsie Snively, Madaline Snively and an infant sister.

Martin loved going to church and attended revivals and services all over, he was a member of Union Hill Church in Peebles, Ohio. He was proud of his service in the United States Army and loved his community and country. Martin was a drywall finisher and painter before retiring in 2000. He loved to hunt and fish but most of all he loved being with his children and grandchildren.

Private funeral services will be held Monday, May 18, 2020 at Botkin Hornback Funeral Home with Pastor Bud Brabson officiating.  A public graveside service will be held at 12:30 p.m. also on Monday at Mound Cemetery in Piketon, Ohio. 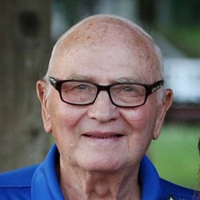