Arie O. Culver, 56 of West Portsmouth died Monday, May 18, 2020 at Southern Ohio Medical Center. He was born April 20, 1964 in Portsmouth to the late Clarence “Barney” and Pearlie Cable Culver. Along with his parents, he was preceded in death by 2 brothers; Richard Culver and Henry Culver.

He was a graduate of Glenwood High School and Shawnee State University. He also attended New Beginning Church of God in West Portsmouth.

Arie is survived by a brother, William Culver, a sister, Lena Walker, and an aunt who he lived with, Shirley Hammonds. He is also survived by several other aunts, uncles, nieces and nephews.

Funeral services will be 1:00 PM Friday, May 22, 2020 at the Roger W. Davis Funeral Home in West Portsmouth with Pastor Jim Lens officiating and interment in Sunset Memorial Gardens. Friends may call at the funeral home on Friday starting at 11:00 AM. Condolences may be sent to www.rogerwdavisfuneralhome.com. 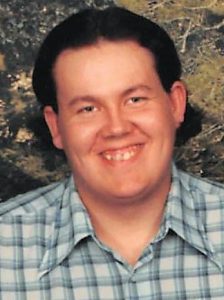