Robert P. Gullett, 69, of Portsmouth,  passed away peacefully with the love of his life by his side on May 9, 2020 after a lengthy illness. He was born in Portsmouth, Ohio on August 29, 1950 to Paris and Jean (Ruggles) Gullett.Bob was employed as a supervisor at AK Steel Corporation for over 32 years before retiring due to illness. He had a great passion for fishing and was really good at it. When Bob’s fishing pole was in the water, the fish didn’t stand a chance. Bob loved taking his bass boat out on the Ohio River and Lake Erie. Robert graduated from Wheelersburg High School where he was co-captain of his high school basketball team. He was a big fan of Ohio State and Duke basketball.Bob married his high school sweetheart, Vicki (Pace) on September 18, 1979. She survives along with two sons, Brandon R. Gullett, Atlanta, Georgia; Robert P Gullett Jr. (Deanna), Orient, Ohio; daughter Heather L. (Keith) Woolum, Hilliard, Ohio; his grandchildren, Jacob, Mason, Madison and Abby Woolum, and Alex Gullett; brother, James (Kim) Gullett, Fort Mill, South Carolina; sister, Linda Layne, Wheelersburg, Ohio; mother-in-law, Eva Pace, The Villages, Florida; sister-in-law Joyce (Tom) Arnett, Wheelersburg and Pam (Jim) Gill, The Villages, Florida; and brother-in-law, Philip (Sarah) Pace, Toledo, Ohio. Also surviving are several nephews and nieces and great nephews and great nieces and one great great niece. Bob was preceded in death by his parents, sister, Dorinda Gullett, and brothers-in-law, Robert L. Pace and James Layne Sr.Bob will be dearly missed by all who knew him. Per Bob’s wishes there will be no services. A celebration of Bob’s life will be held at a later date. Arrangements have been entrusted to the F. C. Daehler Funeral Home.The family would like to extend their gratitude to the loving and caring nurses and staff of Rosemount Pavilion for their care. 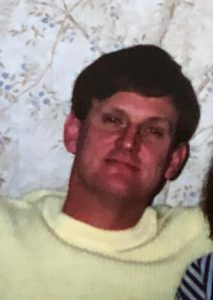