Dave, AKA “Super” to his six special grandchildren, was a kind, fun-loving gentleman and very compassionate about people.

Dave was a 1967 graduate of Piketon High School and a 1971 graduate of The Ohio State University.  He majored in agricultural economics and was a senior manager of the 1971 Big Ten Championship Basketball team.  He also was a 1974 graduate of Ohio Northern University Law School and became a member of both Ohio and Florida Bar Associations.

Early in his career, his interests led to “Cable TV before Cable was Cool!”, numerous real estate property developments, hotels, and farms.  Helping people through the practice of law was his daily love and career goal.  His thrill was the design and challenge, or as he called it “the kick,” of making a deal happen.  An additional blessing to him and his family, was the ability to spend the last phase of his career working closely with his sons, Dale and Kelly, and his brother Todd in various farms and family businesses.

He was the ultimate people person—just a big kid with a kind heart who loved his family and friends, and harness horse racing.  Dave enjoyed living on Lake White and boating with family and friends and was always an avid Ohio State Buckeye!

After an extensive 71-day hospital stay, Dave took his final journey on the morning of Monday May 4, 2020 with his family by his side.

A private service for family only in attendance will be held on Thursday at 3:00 pm with a Facebook Live broadcast option for those who wish to pay their last respects.  Burial will be at the convenience of the family.  A celebration of life will be held on a later date.

Special thanks to Dr. Don McNeil, Dr. Johnny Bach, and the entire care team at Riverside Hospital, SOMC Hospital, and Select Care Specialty Hospital for their help during this difficult time. 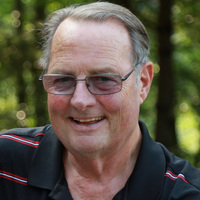